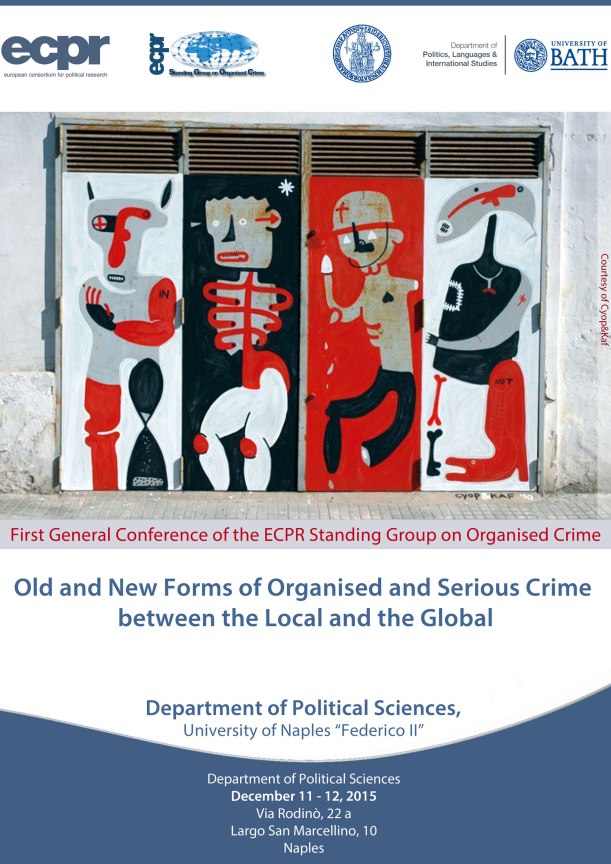 Globalization and economic interdependence have for so long been regarded as pacifying and stabilizing factors of financial transactions and international relations; however, they have strongly faciliated over the past 30 years, the transformation of organised and serious crime beyond borders, places and identities. Improved communication networks and modern information technologies, have redefined national borders, improved the mobility of people, goods and services across countries, and consolidated the globalized economy. These have all acted as facilitators, enabling the more traditional forms of organized and serious crime to go beyond their supposed local dimension and conventional naratives. Thus, the dialectics between local and global has emerged as a distinctive aspect of contemporary forms of crime.

The ECPR standing group on organised crime’s First General Conference aims to explore the characteristics, resources, strategies and modus operandi adopted by traditional and new emerging criminal organizations operating both at local and global level, with a view to presenting both theoretical and empirical studies as well as making contributions to policy developments. Scholars and researchers, civil servants and practitioners are all encouraged to submit relevant papers in order to forge a three-way discussion that moves beyond traditional academic debates.

There are no upcoming events at this time.